Still chilly here (22 degrees F this a.m.).  Thankfully the winds have died down a bit (though I occasionally still hear them howling and screaming.  I never went outside yesterday other than to put out some recycling and trash.  In fact, I never got dressed.  LOL  And then in the late afternoon the emergency signal on my phone went off and the warning was for major snow squalls with white out conditions and icy roads!  Sure enough soon after the squalls came in.  They were short lived, and didn't produce much (thankfully). 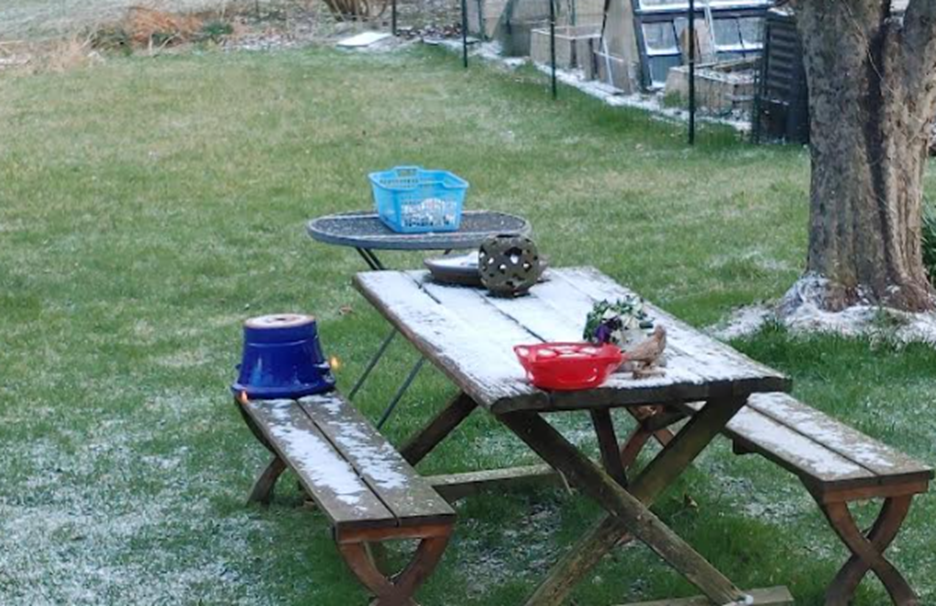 That is a small, sad pot of wilted pansies on the table.  Fletch had to go out to the garden because one of the windows popped out of the cold frame.  Luckily it didn't take him long to get that put back.

Hard to believe it's the last Tuesday in March.  There was a bit of progress on both samplers during the past week.  First up the never ending A&E sampler (still no sign of Adam and Eve). 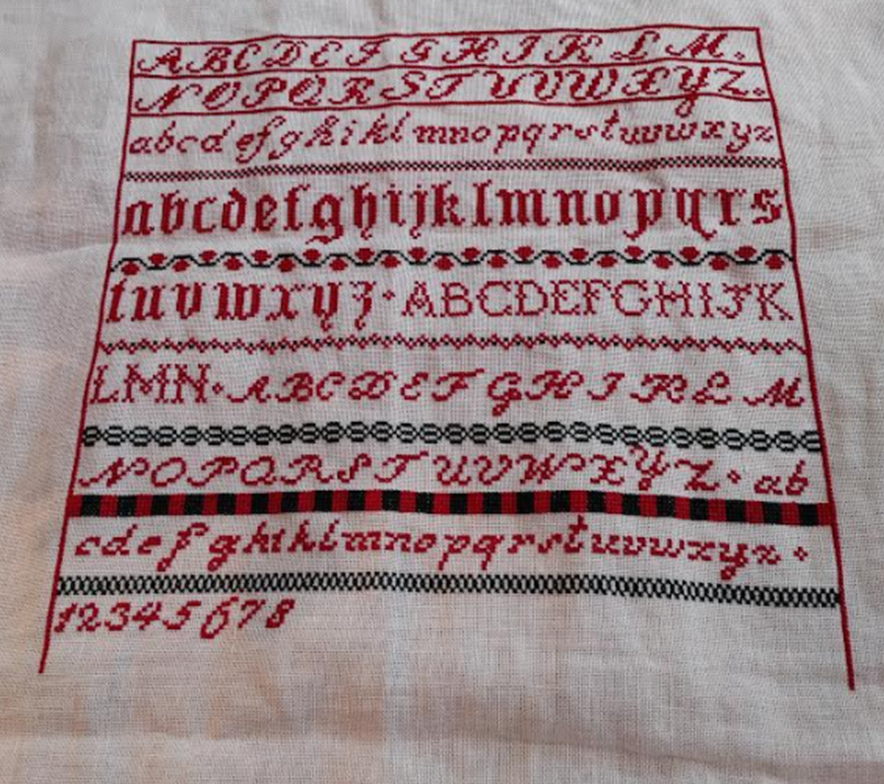 I love the BIG number 6 (number 9 is the same upside down).  So, 9 and then 10, then a tiny mark and the same numbers all over again.  Then I can start the interesting stuff underneath the numbers!  I do need to pick up more green (2nd skein) and more red (think it will be the 4th skein).  I can get those at JoAnn's when I venture to the office (maybe tomorrow).

And here is A Visiting Bird: 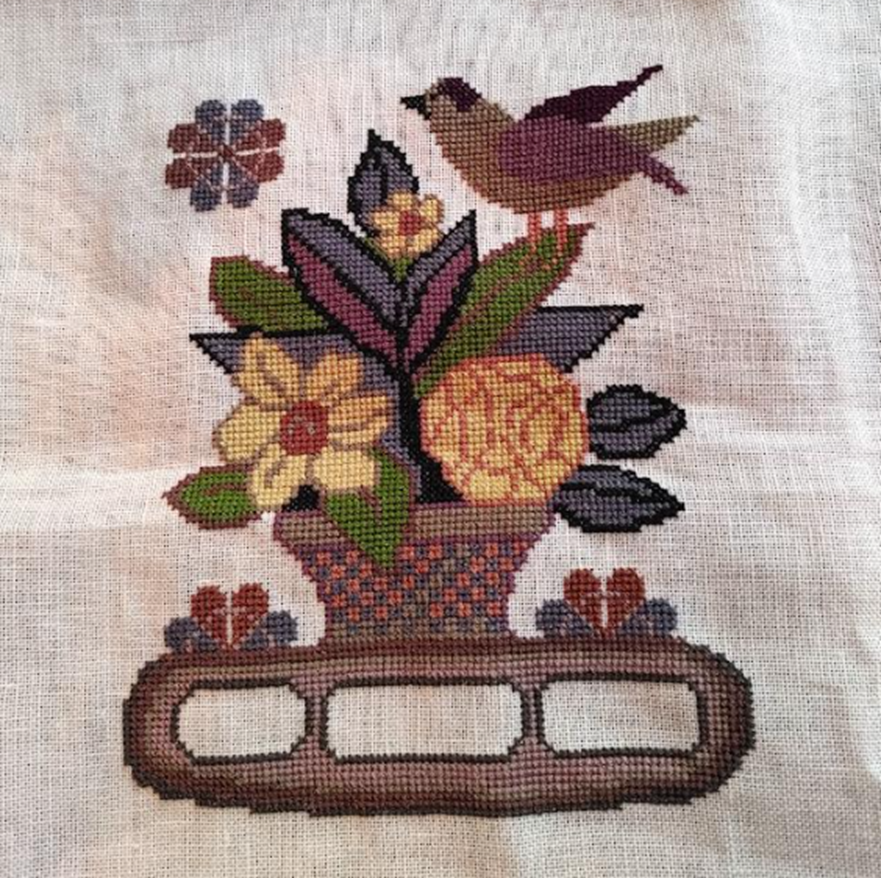 I had thought there was potential for finishing this one yesterday, but obviously that did not happen.  More stuff that is not symmetrical!  But, I decided to keep it as it is.  The original pattern calls for initials in the middle "box" and the boxes on either side have a design.  I'm planning to put my initials in the middle box and 20 in the left box and 22 in the right box.  I expect (ha!!) this to be finished by next Tuesday.

Have any of you grown an avocado plant from seed?  We used to do that when I was growing up and Colin always gets magnificent plants.  Me?  Not so much.  But I was making guacamole to go with our dinner last night and came upon what I think is the smallest avocado seed I've ever seen!  And, it looked as though a tiny root was already coming out of it.  So, I've popped it into a shot glass and it is sitting on my kitchen windowsill. Finally, another wine for you.  I've been hankering for whites which is unusual for me.  I must be jonesing for warm summer weather or something.  Anyway, another one bought for the label and it is not bad. 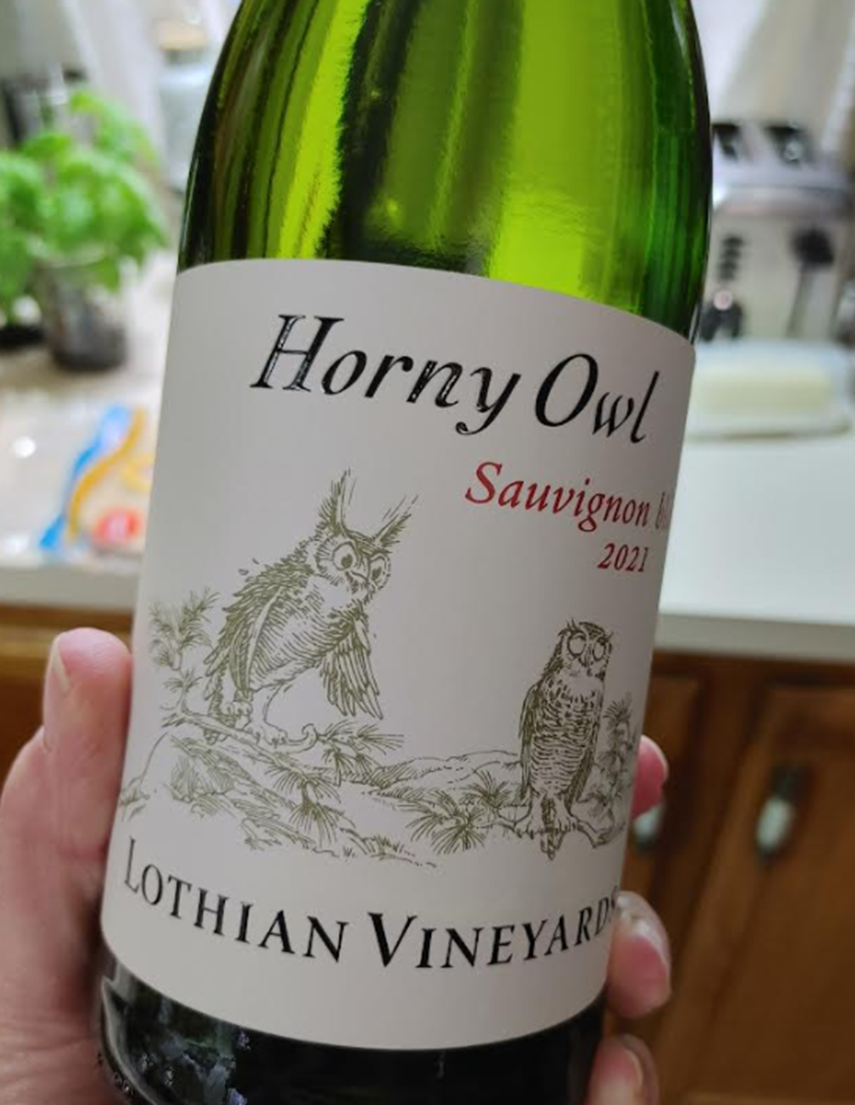 Nothing much on my agenda today.  Stopping at the library to return a book, a small grocery shopping and, hopefully, time for stitching, knitting and reading.