I don't know about the rest of you, but I sort of waddled downstairs today to put the coffee on.  I still feel rather full from dinner, yet strangely I don't feel like I overate!  Bonnie, Mailing's Mom, had made some delicious spring rolls as appetisers - filled with cabbage and dried mushrooms.  And there was the olive tapenade that I had made.  Anna brought an apple pie and also wine.

The animals were all present (well, thankfully, not Mabel).  Here is Otto with Fletch in the background. 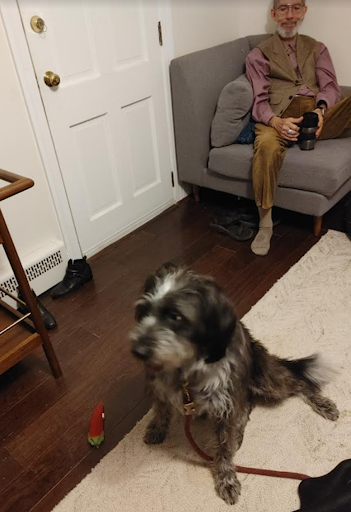 Usually he stays in the sunroom, but he was being a good boy.  Talbot had disappeared - he doesn't really like crowds, but Marcel was trying to keep watch over his cousin Otto, but he (Marcel) kept falling asleep! 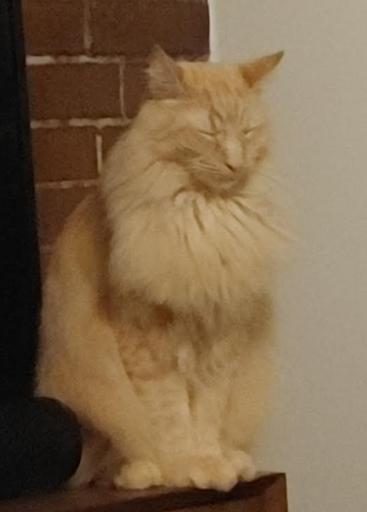 He is perched on the shelf that holds the TV and it was so funny watching him trying to stay awake.  He just could not.

Fletch had suggested we all go for a walk, so we all headed out to White's Park which is just a short walk away from the house.  There is a nice walking trail that is a loop.  There were a few people out, but not too many.  We did see this poor guy though. 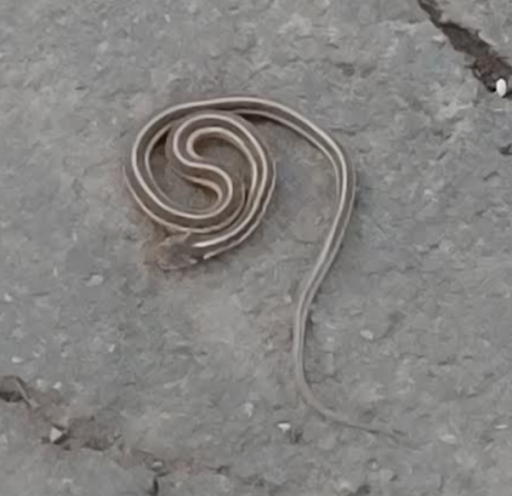 Now, you all know I am not fond of snakes, but I don't like to see any creature suffer and this guy was going to.  The sun was starting to go down and it was getting chilly out.  He had apparently been warming himself on the pavement in the sun, but now he was unable to move very quickly.  Zhongren picked him up with a stick and put him in some leaf mulch - hopefully he was able to burrow in. 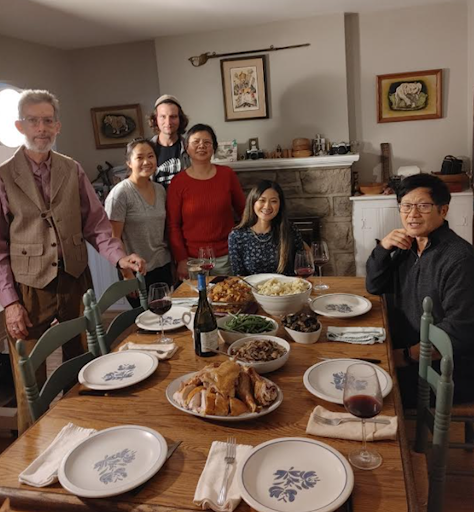 All-in-all, it was a lovely gathering and was so nice to see Mailing's family again.  Hard to believe Christmas is just a month away now.

This morning when I went into the bathroom I heard some water running...Mabel the devil had jumped into the tub, knocked a towel into the but and then, somehow, jumped up to the faucet and managed to turn the hot water on.  These antics need to STOP!!

Well, time to sip a bit and get dressed.  Shortly I will be off to meet up with Dee for some chatting and knitting.  Can't wait.  Hope everyone is doing well!