I really hadn't intended to disappear last week.  However, Thursday and Friday were crammed full of work - basically 15 hour days at the computer looking at/reviewing/verifying spreadsheets.  No wonder my eyes were blurry!  I did get away Friday afternoon for an eye doctor appointment and now have a prescription for glasses (but haven't found the time to go order some).  Our eye doctor is a real cat lover (in fact one of her cats is named Fletcher!!).  This is hanging on the wall in the hallway of the office: 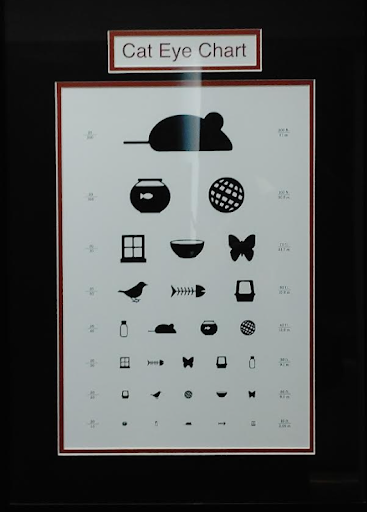 I love this!  Sorry for the glare, but it was the best I could do with office lights and my cell phone.

Anyway, I was pretty worn out both days and did not sleep well - kept waking up thinking about work (I hate when that happens).

But Saturday Fletch and I took off for the SPCA in hopes of finding a cat.  And we did!  We lucked out as another couple were looking at the same cat, but they weren't sure and didn't make up their minds, so we made up ours. 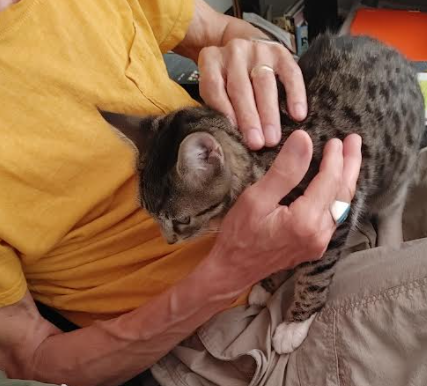 Her name from the SPCA is Mabel which I love.  Fletch is not quite sold on the name, but I told him he had to decide quickly...we can't call her Mabel for a few weeks and then change her name. 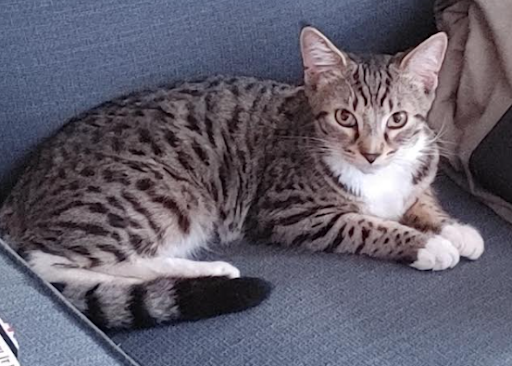 She is sweet and very, very shy and wary of us.  She is a tiny thing and, according to the papers we got she is 10 months old.  She was just spayed last week and has had all of her shots.  She had been a stray who was taken in by someone and then they decided they had too many cats, so she was turned in to the SPCA.  She is also micro-chipped.

I joke that she is part Lynx - she has little tufts at the top of her ears and she has spots on her back and also on her front legs.  Hopefully she will grow accustomed to us sooner rather than later.  For now we are keeping her inside (at least for a few weeks), but she will end up being an indoor/outdoor cat like all the other ones we have had.  I need to make an appointment with the vet just to have her checked over. 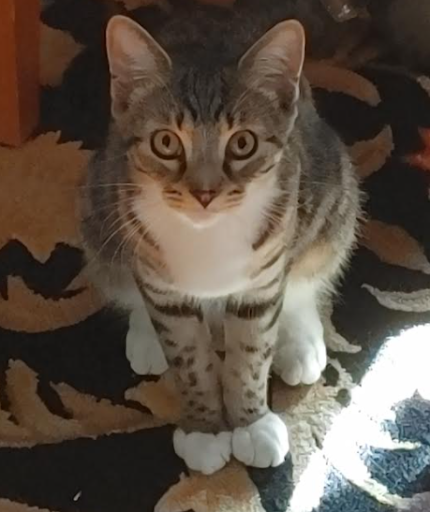 I  love this picture of her - look at the spots on her legs.  So precious!

So that was our exciting weekend!  I hope you all had a good one too.