My Mom and Her Wheel

Hello Everyone!  Our sun is out today.  What a difference that makes.


Some of you had requested that I do another post on my Mom and her bike trips.  So, here goes.  Knitting, etc. to resume in another post.  I had to scan images from her scrapbook and I hope they will show up ok on the blog (speaking with no experience in this at all - lol).


Mom's first long trip was a solo one in 1939 when she was 20.  Here is the article that appeared locally: 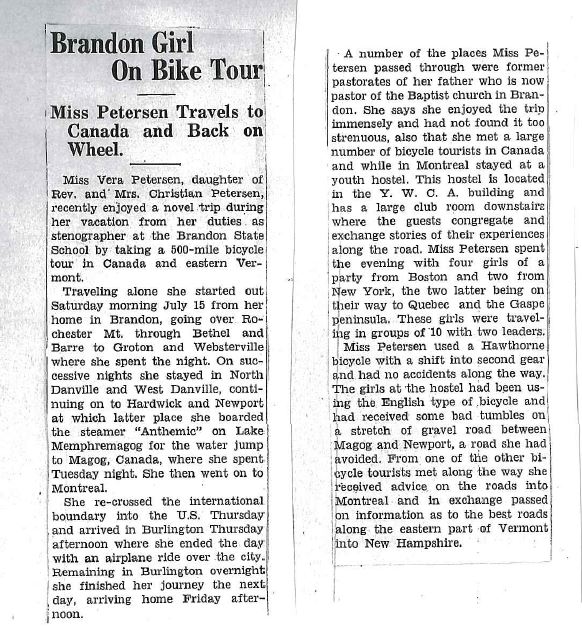 I honestly can't imagine riding through the Green Mountains (or any) on a bicycle with only a second gear!  And, of course, the trip was a tad on the scandalous side...a single girl (daughter of a minister no less) taking off on her own on a bike!


The following year, 1940, when my Mom was 21 she and her friend Jennie took off riding from Vermont to California. 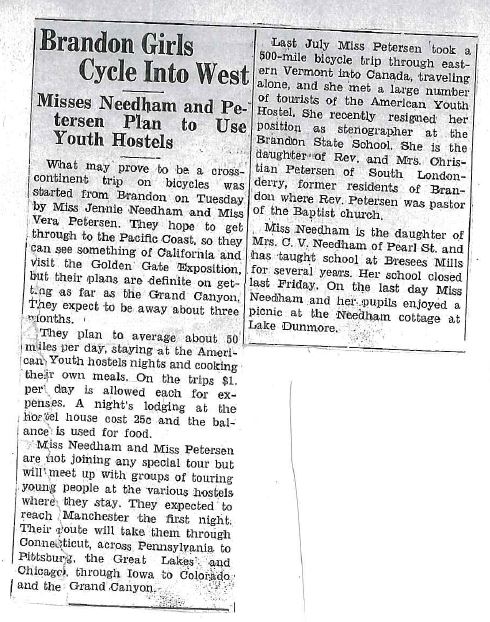 I certainly would not have been planning on biking (averaging) 50 miles per day...and there were some days that they biked more.  And $1 per day for expenses!!  As the article states, they planned to stay in American Youth Hostels as much as possible...the further they went, the less this happened...


Here are some pictures of their bikes: 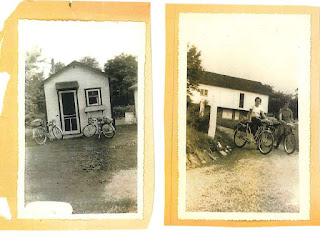 I'm not sure what/where that little place on the left is, but I like that it shows their bikes loaded...they really did not take much with them.  In the picture on the right, my Mom is on the left in the light colored shirt.


There were times they would catch a ride with a trucker...going across desert country or extremely hilly country (I always told my Mom that was cheating).  Here's a shot of their bikes on top of one of the trucks. 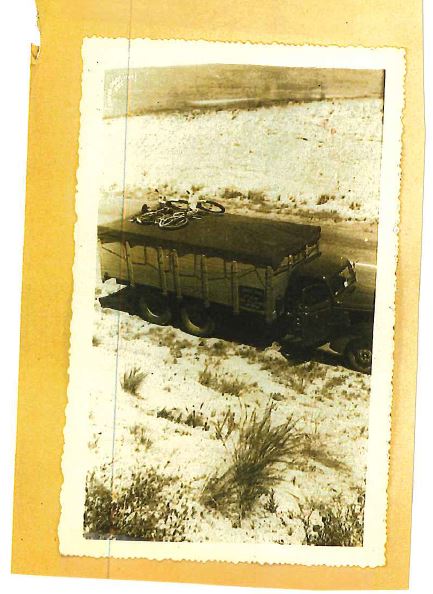 They did make it to California ok, and here's my Mom panning for gold!  (did not get any...or at least said she did not...). 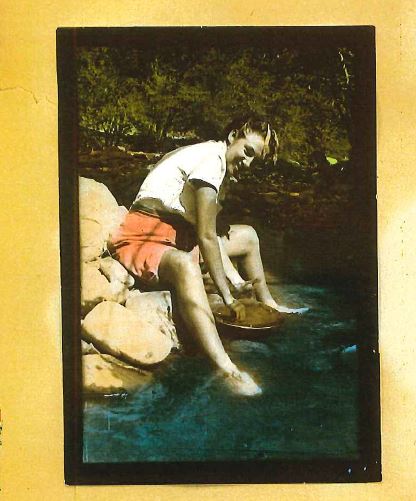 They did get to the Fair in San Francisco and tooled around CA some.  They were just starting on their journey back East when there was an accident: 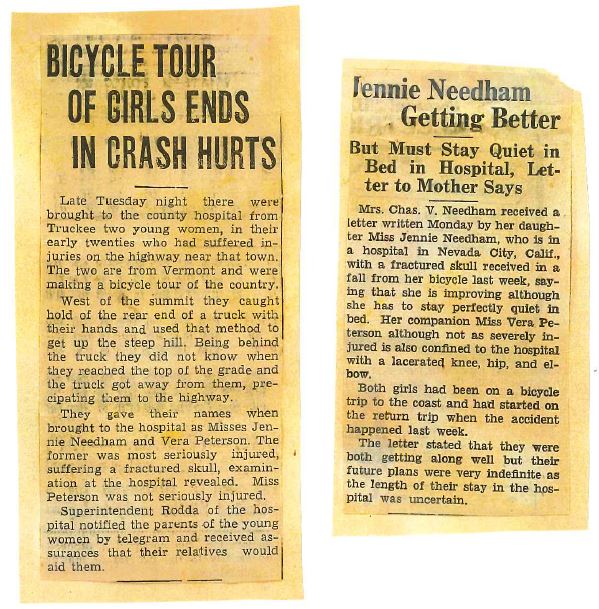 My Mom had some scrapes, but Jennie ended up with a fractured skull!  Once my Mom was healed, she actually worked a bit in the hospital for room and board while Jennie convalesced.  And then (finally) it was time to return to Vermont.  Did you know that planes used to have sleeper berths?  I had never heard of them.

One way Sacramento to NY was only $149.95!!  And an additional $5 for the sleeper berth!   Eventually they arrived back home. 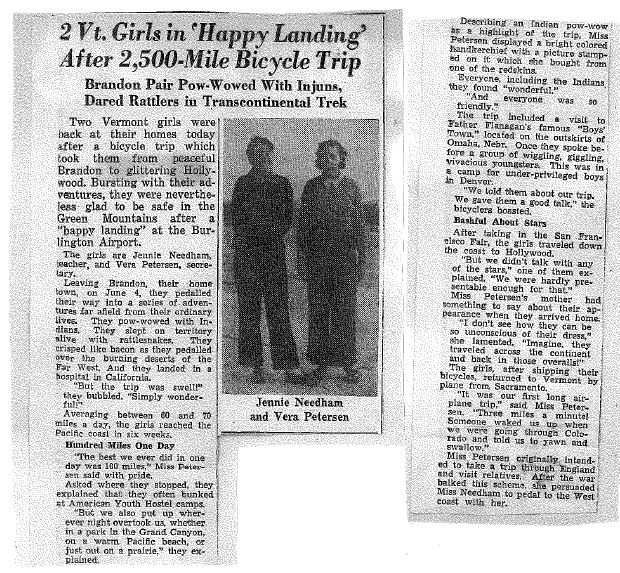 My Mom is on the left in the picture above.  I love the paragraph with my Grandmother's comments about their dress!


Jennie and my Mom remained friends all their lives and we almost always spent at least a month every summer at Jennie's family's cottage/camp at Lake Dunmore (between Rutland and Middlebury).


Quite the adventure, huh?

Email ThisBlogThis!Share to TwitterShare to FacebookShare to Pinterest
Labels: Mom and Biking